Creatine is the most researched and evidence-based supplement available on the market today! Surprised? Maybe it is because despite being a natural compound that is formed in the body, it is sometimes mentioned in the same conversation as steroids or performance enhancing drugs.

Nevertheless, about athletic performance, creatine has continuously been proven to be one of the most effective and safe nutritional supplements to increase strength, muscle mass and performance.

To date, there have been several hundred of studies conducted on creatine specifically and they have included such areas as the ways to maximize creatine storage in muscle, which types of exercise may obtain the greatest benefit from supplementation, the potential medical uses of creatine, and the long-term safety and efficiency of creatine supplementation.

Approximately 70% of these studies have shown positive results from creatine supplementation in the chosen areas. Also, safety reviews show that creatine is safe and well tolerated by most individuals in the studies.

The purpose of this article is to highlight some important information that should be considered when supplementing creatine and to provide the best practices for doing so.

HOW DOES IT WORK?

Around 95% of creatine is found in muscles, with the remaining 5% found in the brain and testes.

Creatine is a naturally occurring amino acid-like compound and around 2/3 of it is stored as PCr with the remainder stored as free creatine.

The total amount of creatine in the body is known as the total creatine pool (PCr + Free creatine).

The body can store up to 160g of creatine, but for the average person of 70kg this tends to be around 120g.

The body breaks down and uses around 2% of creatine from our stores daily and turns it into creatine in the muscle that then gets excreted in urine. The depletion needs replenishing, and the body does this via the foods we eat in our diet and by synthesizing it from the amino acid’s glycine, arginine, and methionine.

Yep, we produce creatine in the body! Not a steroid!

Those considered to eat a balanced dietary intake can effectively replenish and maintain their creatine stores for general health, through the diet alone.

The research has shown the importance and effectiveness that creatine supplementation can have on the creatine phosphate energy system, and so is recommended especially for those engaging in high-intensity exercise and performance.

This energy system is generally used in short high explosive training and creatine supplementation is typically used to increase the body’s natural stores of creatine. This essentially allows you to work harder by increasing your energy levels from this energy source.

THE BENEFITS OF CREATINE SUPPLEMENTATION

Research has shown that creatine supplementation increased resting and post exercise creatine levels and PCr content, mean work performed, and total work performed. This indicates that recovery tended to be greater with the use of creatine.

DO YOU NEED CREATINE SUPPLEMENTATION?

As previously mentioned, we typically store around 120g of creatine, yet can store up to 150-160g.

It therefore makes sense for everyone who wants to enhance the effects of the benefits it can bring, that topping up the total creatine pool and keeping it full is advisable.

WHAT IS THE BEST FORM OF CREATINE TO TAKE?

Most of the studies on creatine supplementation were conducted using pharmaceutical creatine monohydrate in powder form.

There is no data to suggest that any other form of creatine will increase uptake by the muscle or provide any further benefit than creatine monohydrate.

WHEN IS THE BEST TIME TO TAKE CREATINE?

The best time to take creatine powder is in the presence of carbohydrates and protein. This is when we will see the greatest response of insulin release from the ingestion of these nutrients. We know insulin is a storage hormone, responsible for shuttling nutrients to our muscle, liver, and fat cells, thus increasing creatine uptake. The post workout period is ideal for this.

DO YOU NEED TO LOAD CREATINE?

The research suggests that the most effective and fastest way to increase creatine stores is to follow the creatine loading technique (20g in 4 x 5g doses for 3 - 5 days) followed by 3-5g per day to maintain increased creatine stores. BUT this will not provide an advantage over normal dosage of 5g from the get-go, it will simply reduce the time taken to achieve maximal saturation levels in the muscle.

SHOULD YOU CYCLE CREATINE?

There is no evidence that cycling on, and off creatine is effective than loading and maintaining creatine.

ARE THERE ANY SIDE EFFECTS AND IS IT SAFE?

Many report an increase in weight and fluid retention. This is mainly due to an increase in total body water, as muscle is made of around 73% water – it is nothing to be concerned about.

To date, not clinically significant and reproducible side effects directly attribute to creatine supplementation, and this includes long term.

Creatine is one of the most researched and commonly used ergogenic aids currently available. And rightfully so, it hosts several benefits for athletes and some clinical populations.

Overall, creatine is one of the most effective and safe nutritional supplements currently on the market to increase muscle mass, strength and athletic performance.

Supplementation - The Base Supplements 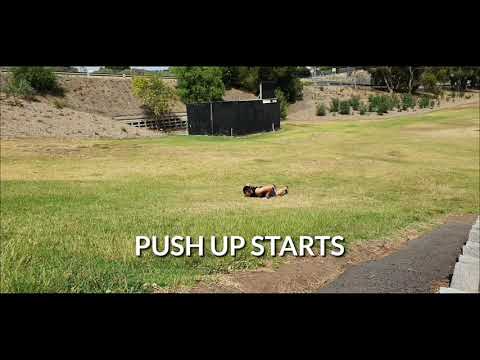 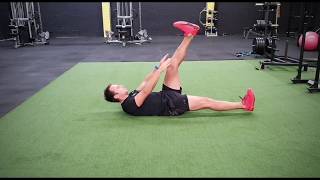 8 Static Stretches You Don’t Want to Do, but Should!

How Much Protein Should I Eat?